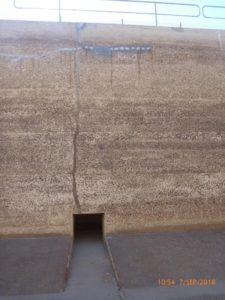 Goulburn Murray Water (GMW) operate and maintain 16 water storages, dams and weirs across northern Victoria that have the capability to hold over 9,000,000 ML of water, equating to 70% of the total water storage capacity in Victoria.

One of the weirs GMW manages on behalf of Murray Darling Basin Authority, is Torrumbarry Weir, located on the River Murray, about 40km west of Echuca. The original weir was constructed in 1923 and included a lock structure, which allowed passage of river traffic past the weir in both upstream and downstream directions.

In 1992, the original weir suffered a foundation piping failure, resulting in failure of both upstream and downstream apron slabs and partial collapse of the weir structure. A replacement weir was constructed between 1994 and 1996.